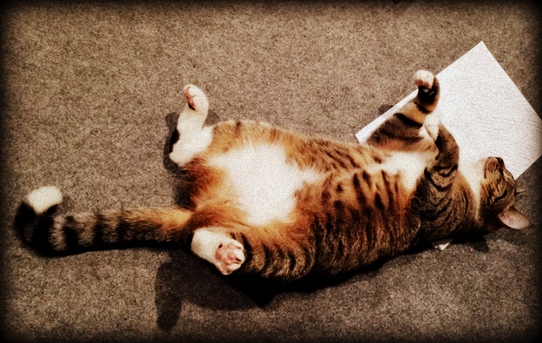 There is no such thing as laziness.

People hate this, but it’s true. There is no legitimate psychological construct known as laziness.

If laziness was a recognized psychological construct, it would lie between “lay psychology” and “lazy eye” in my APA psychology dictionary.

But it doesn’t. Instead there is a glaring gap. Apparently our eyes can be lazy, but we can’t.

Most people erroneously believe that procrastination is caused by laziness and, furthermore, that laziness is a hard-wired personality trait.

However, even if laziness did exist, it only describes a set of behaviors – the symptoms. It doesn’t describe or explain the cause of so-called laziness.

The behaviors that are commonly described as laziness – procrastination, avoidance, abdication of responsibility, etc. are actually caused by one of two situations.

The first cause of ‘laziness’ is simply low motivation. Easy cure – boost motivation. (It can also be a form of ‘push back’ against external pressure. Parents, give your kids some autonomy and trust around their school work. It’s hard to step back, but it will pay off).

However, in the second type of ‘laziness’, motivation is typically extremely high. This type is common in students in competitive courses, creatives, and anyone with a thesis to write.

The problem is that for people exhibiting Type II ‘laziness’, something else is even higher than their high motivation.

And that something else is fear.

Specifically fear of failure, criticism, and – fundamentally – fear of rejection.

For a profoundly social species like humans, with our gigantic pre-frontal cortex’s – developed (teleologically speaking) to help us navigate complex social relationships – our ability to avoid tribal rejection was the difference between survival and being tossed from the cave to a hungry sabretooth tiger.

Rejected. Alone. Our large pre-frontal cortex’s are no match for a tiger’s large teeth.

This is why, for so many of us, fear of failure, criticism, and rejection is a very real psychological terror.

And this is why, although I help clients optimize their motivation, the bulk of the work involves reducing their fear.

And that is what cures ‘laziness’.

Because it’s exponentially easier to succeed when we aren’t terrified of criticism, failure, or rejection.

Comment below: I’d love you to share how you cope (or not) with ‘failure’, or the fear of failure

Why I’m so scared of failure

[1 minute psychology]: ‘Failures’ are the stepping stones to success

Procrastination is a phobia – and can be cured like one