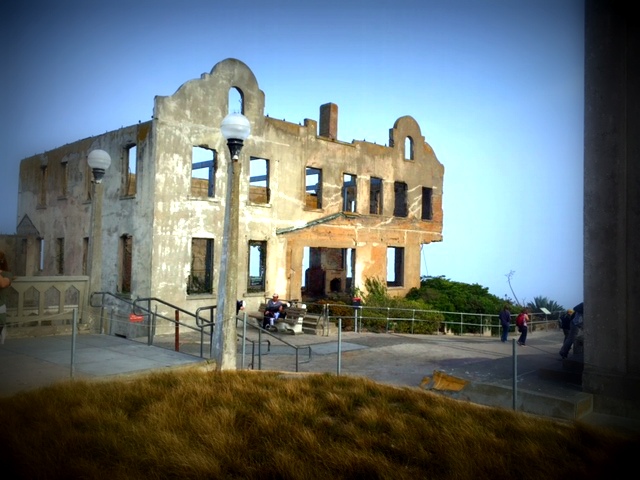 Does this type of thing happen to anyone else?

Colorful metaphorically – I hadn’t known the deceased had been a part-time witch. And a disinhibited former lover caused consternation when he took the podium and recounted racy stories starring the deceased.

I didn’t know this initially. What I saw was a woman  beside  the road trying to flag down cars.

My initial impressions were she was an injured jogger trying to get a lift home or perhaps escaping a violent domestic situation.

Either way she needed a lift. I pulled over.

I’d initially thought the woman was a jogger because she was wearing trainers and what I thought were shorts.

But the shorts weren’t shorts. She was wearing one of those skirts so short they multi-task as belts.

As we drove off, she told me she was getting away from her jealous and violent boyfriend.

A car coming towards us had done an abrupt U-turn and was now coming up behind us.

Great, I thought, it’s all on now.

Being ex-Police I wasn’t overly worried about a confrontation, but I was worried about my passenger. I said we should contact the Police if her boyfriend was violent.

Unlike me, my passenger wasn’t concerned. “It’s fine. I’m just giving him some space to calm down – you know, like how you put a grumpy horse out to pasture for a while.

“And fair’s fair,” she continued, “I did chain him up and beat him for three days when I found out he cheated on me. I got charged with kidnapping.”

Indeed, her boyfriend’s car was dropping back.

She proceeded to tell me stuff. Including how, despite their obvious problems (like, you know…kidnapping), she and her boyfriend were destined to be together forever. In previous lives they had been opium smugglers. Okay.

So just your average post-funeral afternoon.

She wanted to be dropped off in Mount Eden. When we stopped, rather than getting out, she said, “Before I go, I want to thank you for helping me out. I’ll give you a free reading”.

“Okay,” I said, never having experienced such a thing before. But I was still a student at the time. So, you know. Free.

What followed was truly bizarre.

She said she was channeling two spirits, a man and a woman. She was holding hard onto my ear lobe, and staring into nothing. She said the spirits were clamoring to tell me things through her. The hair on the back of my neck stood up.

She said some things about me that weren’t correct – such as that I had a photographic memory. I definitely do not (I should add that my partner’s response to this is, “Hmmm dunno. You are REALLY good at remembering things.” So maybe not that far off.)

She told me a number of things that were accurate – but you’d have a good chance of getting them right if you spoke to any random person on the street.

And she told me some things that I do not know how she knew.

She said I was some kind of doctoral student, which at the time that’s exactly I was.

Astonished, I asked her how she knew that. She ignored me. She was busy. Talking to the spirits.

(I would also like to add that, unusually for me, my car was clean and tidy. I looked around and could see nothing that gave away that I was a PhD student. Later, when I got home, I sat in the passenger seat and looked around again. I couldn’t see any clues as to me being a PhD student. Or any clues as to me being or not being anything. I asked my flatmate look through my car looking for some clues my passenger may have seen. She couldn’t see anything either.)

Then my passenger told me I was going to meet someone who was going to take me overseas and introduce me to a world of science and politics.

She told me I needed to be ready.

She then turned her head and looked directly at me. “You need to tidy your bedroom.”

When I told my friends this, they cracked up laughing. They knew my bedroom was a pigsty.

At the time I was flatting in a nice house, but struggling with a tiny bedroom. There was no storage. Books and papers were piled everywhere. I was unhappy with the chaotic mess and had been whining about it to all and sundry.

But how the hell did she know my bedroom was pathologically messy?! If I’d been having a scruffy day, or my car was messy, I could understand it. But I was nicely dressed, as befitted the funeral, and my car was clean and tidy.

I’ve been wondering whether to extract a moral from this story, and have decided I will.

“Why thank you,” I murmured.

I think she was as accurate about my blocks as the state of my bedroom. And I know exactly what those blocks were.

She got out of the car and strode off into the city sunset.

Vaguely related posts:
What the sex therapist told me en route to a burlesque show – not what you’d think …

What REALLY happened at the Tantra workshop! – also not what you’d think. But, honestly, does this kind of weird stuff happen to anyone else?

Procrastination is a phobia – and can be cured like one  It’s true. It’s also true that procrastination is not caused by laziness. (Quite aside from the fact that there is no such psychological construct known as ‘laziness’.)

Subscribe now: Click here to receive my latest articles on increasing love and creativity, and reducing procrastination and fear of failure.

Want to share your ‘stranger than fiction’ experiences? I know lots of people had had them and I’d love to hear about yours, and especially – as this is a psychology blog – how the experience has affected you. Please leave your comments below.

Sick of struggling with unwanted habits? Check out the ‘work with me’ page.

TESTIMONIAL: CHARLOTTE-ROSE RUDDELL, WRITER, AUCKLAND, NZ (WHEN NOT IN POLAND)
“Over the last few days Rebecca has enabled me to shift some things that have been stuck deep down inside and frankly felt like they were not ready to be looked at or engaged with, let alone released so that something better could take their place.

Change is hard! We all want to change something about ourselves or our lives. It’s hard to know where to start sometimes. What Rebecca has taught me about procrastination has helped with so much more than just the single problem I wanted fixed.
I feel free!”

TESTIMONIAL: HELEN DUYVESTYN (RcN, MHSc, LifeCoach), ONE LIFE – A LIFE WORTH LIVING
“I have shared Rebecca’s psychology strategies with a number of people struggling to complete university theses or challenging course work. The results have been amazing. Rebecca explains the concepts so simply, and the tools she provides work miracles. I highly recommend her work to anyone who has ever felt the sudden desperate need to clean out the fridge rather than tackle the real task at hand.”